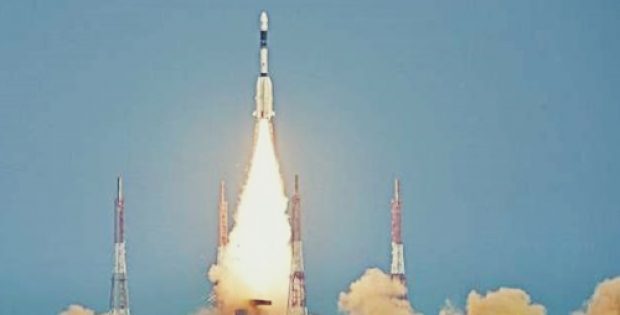 India’s new communication satellite GSAT-31 was successfully launched in the early hours of Wednesday by European commercial launch service provider Arianespace. As per trusted sources, the satellite was launched from Ariane Launch Complex in Kourou – a French territory located in South America.

Reportedly, the Ariane-5 vehicle inserted GSAT-31 into its orbit in a perfect flight which lasted for approximately 42 minutes. Director of Indian Space Research Organization’s (ISRO) Satish Dhawan Space Centre, S Pandian was reportedly quoted saying that the organization feels great pleasure on the successful launch of the GSAT-31 spacecraft on board Ariane-5.

Sources familiar with the matter claim that the new satellite would provide communication services to Indian mainland and islands.

According to a report published by Business Standard, GSAT-31 gains its heritage from ISRO’s previously launched INSAT/GSAT satellite series. Weighing about 2,536 kg, the communication satellite would provide continuity to operational services on a few of the in-orbit satellites.

Chief Executive Officer of Arianespace, Stephane Israel reportedly commented that GSAT-31 was the 23rd ISRO satellite put into orbit by Ariane-series launchers of Arianespace. The company is honored that ISRO entrusted Ariane 5 to launch GSAT-11 in 2018 and now the G-SAT 31, Israel further added. For the record, India’s APPLE small experimental communications spacecraft was the first satellite launched by an Ariane 1 version in 1981.

G-SAT 31 would be used to support cellular backhaul connectivity, DTH-television services, Digital Satellite News Gathering (DSNG), Television uplinks, and VSAT networks. Reportedly, the communication satellite has a mission life of about 15 years and will augment the Ku-band transponder capacity in the Geostationary Orbit.