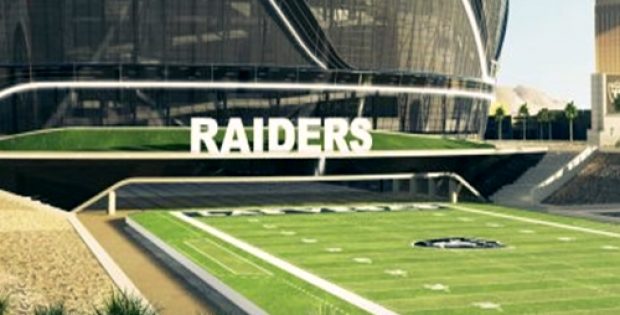 Nevada based gaming firm Caesars Entertainment Corporation has recently announced its partnership with the Las Vegas Stadium, obtaining sponsorship rights with the Raiders when they arrive from Oakland in 2020. Apparently, this alliance between Raiders and Caesars is the latest in a flurry of deals among professional sports leagues, teams and gaming operators.

The partnership of Caesars Entertainment with the Raiders will get the company branded stadium entrances, along with digital signage and suites. However, the Raiders are not the first NFL partners of Caesars, as the casino brand also teamed up with the Ravens earlier in October.

Marc Badain, Raiders President, said in a statement that the franchise is proud to welcome the gaming company as Las Vegas Stadium’s founding partner. He stated that Caesars share the same values as Raiders, to improve the local community and deliver exceptional customer service in delivering this transformative project.

Chief Marketing Officer of Caesars Entertainment, Chris Holdren, was quoted saying that sports has been a core part of the Caesars experience since a long time. Caesars will become a crucial part of the game time ritual, with this deep partnership, for Raiders fans everywhere. On game day, fans of the silver and black will see Caesars as their home, from activations to exclusive experiences.

A decision from the U.S. Supreme Court opened the way for states outside of Nevada to legalize sports betting in May this year. After that, the NFL seemingly lifted the blanket ban on marketing relationships with casinos having sportsbooks, as long as the promotion or advertisement of sportsbook specifically is not done.

For the record, Dallas Cowboys was the first team which took advantage of the relaxed league policies and partnered with WinStar World Casino and Resort in Oklahoma on September 6. Financial terms of Raiders-Caesars deal were not yet disclosed.