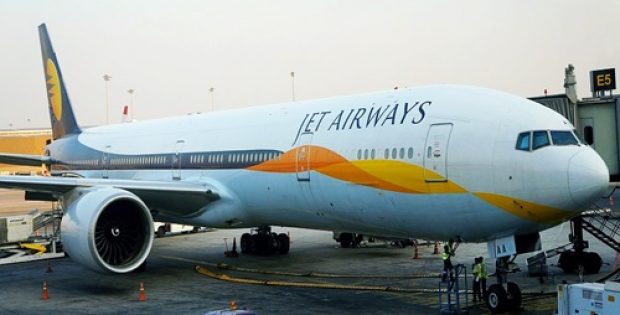 Jet Airways (Jet), a Mumbai-based major international airline, has reportedly pledged the fixed deposits (FDs) it has with several different banks worth about INR 1,500 crore to take an INR 225 crore loan from Indian multinational banking corporation, The State Bank of India (SBI).

Reports cite, the airline has already given away the first & exclusive rights to all its FDs to the bank for securing the loan. It intends to use the loan amount to finance its core businesses. The airline also possesses the option of borrowing more from the bank against the same FDs.

According to a report by Moneycontrol, rather than using the FDs the airline chose to borrow against them because it would help the company earn a higher interest than the amount it has to pay the bank. The funds from the loan would be going towards staff salaries, cost of flying & parking to prevent the further grounding of its aircrafts.

Over the previous few months, the airline has been struggling to pay back dues to vendors, banks, lessors as well as its employees & has also witnessed an array of credit rating cuts. Since February 8th, 2019, 23 of Jet Airways’ aircrafts have been grounded by lessors because of the company’s failure to pay the rent.

The airline has recorded losses to the tune of INR 1,000 crore in all of the previous three financial quarters. Moreover, the company is also expected to record another loss in the upcoming March quarter as well.

According to reports, the SBI term loan has been disbursed to Jet Airways at a 6.25% interest rate. The airline would have to pay-back the loan amount by 29th of April 2019.